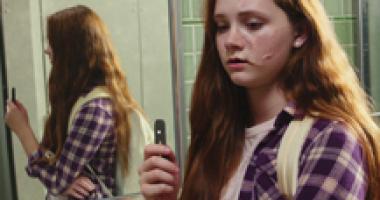 From the FDA's You Kids Will Die anti-vaping ad

In the past few weeks, we’ve seen tactics implemented once again by government and media that kratom advocates recognize. This time, the tactics are applied to vaping. The Prohibition propaganda model works as follows:

According to the World Health Organization, about 41 million people use e-cigarettes worldwide. Recently in the United States, 805 cases of pulmonary illness have been identified by the Centers for Disease Control and 16 deaths have been reported, all associated with vaping. The CDC says 86% of the patients are under 34 years old, and about 77% have reportedly used THC vape products.

From the CDC’s latest release about this issue on September 27:

No single product or substance has been linked to all lung injury cases. More information is needed to know whether a single product, substance, brand, or method of use is responsible for the outbreak.

It’s safe to assume that since many of the products contain THC, they were purchased on the unregulated black market in states where cannabis remains illegal.

President Trump has announced that the FDA will ban all flavored e-cigs, which has been on the FDA agenda for some time before the vaping-related illness outbreak. They say this will help prevent teens from using nicotine. Some state officials have taken swift action in the way of Prohibition (aka government-implemented illegal market formation). Officials in many places including Michigan, Ohio, Washington, and Los Angeles County are jockeying to ban flavored vapes ahead of the federal ban. Massachusetts Governor Charles Baker announced a 4-month ban on the sale of all vaping products in the state. Massachusetts vape shop owners are suing the state over this issue, asserting their rights to sell FDA-regulated products, arguing the harm was coming from illegal vape cartridges.

Where vaping is banned, those with nicotine addictions are likely to turn to traditional cigarettes. Unlike e-cigarettes, tobacco products have been proven to kill smokers without the aid of adulterants. Public Health England has even provided e-cigarettes to help British smokers quit tobacco, and announced on Sept. 12, in the midst of the American media hysteria, that it hasn’t changed its mind:

Pfizer board member and former FDA commissioner Scott Gottlieb has been weighing in on this issue. He appeared a month ago on CNBC‘s Squawk Box, acknowledging that illnesses have been caused by illegal products. Yet in the same breath, Gottlieb still supported a ban of flavored products, while pointing out that very ban has increased their availability illegally.

The legitimate market is being regulated to make sure there aren’t harmful constituents in these products… That’s why I think what the kids are getting in these outbreaks are probably counterfeit products. But now there’s been a proliferation of these counterfeit products because the kids still want the flavors… The responsible companies…have taken their flavored products out of convenience stores, like Juul. So now what’s filling the void are these counterfeit flavored products.

If Squawk Box was a serious news discussion forum and not cable news-entertainment, a journalist might have been present to ask him, “Why ban flavored vapes instead of keeping them legal and regulating them, since a ban is obviously making illegal products proliferate?”

Gottlieb followed up with a series of tweets on Oct. 1 blaming state-sanctioned, legitimately marketed cannabis for vaping-related illness.

Circular logic like this can only be learned in the revolving door between big business and government. Attacking cannabis legalization by states instead of attacking cannabis prohibition by the feds is an interesting rationalization for keeping power in the hands of the pharmaceutical companies. If the states need proper oversight from an FDA that actually does its job, then we should clearly have federal legalization which would bring cannabis out in the open to be federally regulated.

But the FDA doesn’t want that. Banning vape flavors and kratom is a way to criminalize citizens for profit in the midst of deteriorating cannabis prohibition. Acting as mobsters for pharmaceutical companies, the FDA wants plants that compete with the pharmaceutical empires to be banned so the DEA has the power to wack the competition. The FDA wants to keep inexpensive plants out of the hands of the unwashed masses so drug companies can continue monopolizing personal health, and charge astronomical prices for Marinol (which is just THC, but FDA approved) and Epidiolex (FDA-approved CBD).

Lets hope we don’t see “Mitragynol” commercials during the Price is Right in the future. We can help prevent this by recognizing propaganda narratives when they’re implemented and challenging them with our own true stories.