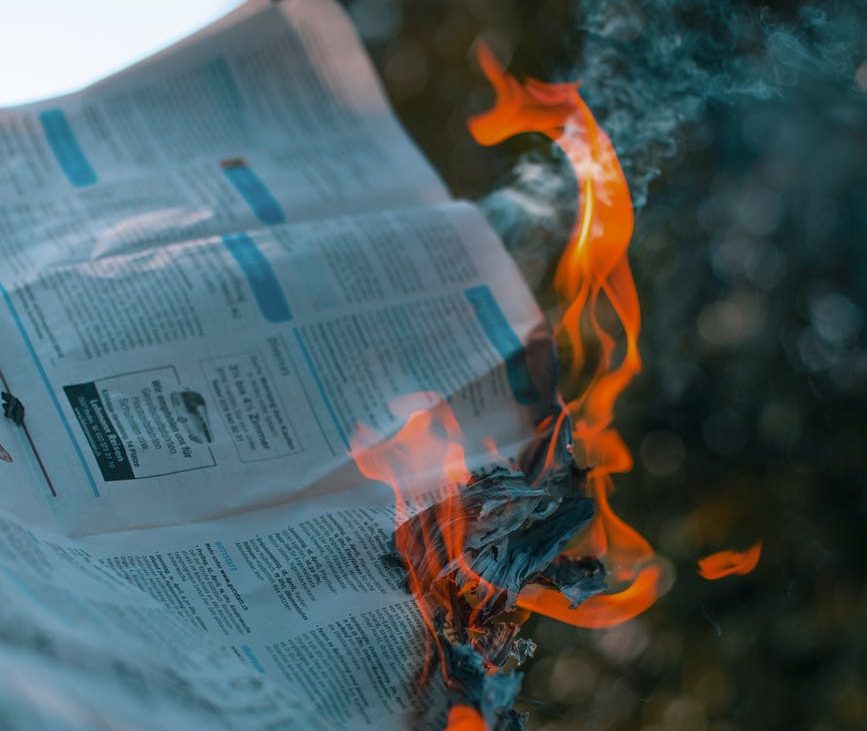 In the last year Philadelphia Inquirer reporter Mari A. Schaefer has written several articles with headlines like “Deaths from kratom, sold as an herbal supplement, are rising”. Her colleague Scott Sturgis, an editor at the Inquirer, is suing a kratom vendor after his son Caleb died in a car accident. The Chester County, Pa coroner ruled the death “acute mitragynine intoxication” but then sued to keep the lab results hidden after being ordered via FOIA to release them, after HuffPo journalist Nick Wing requested the results. Last year, Schaefer got into a back and forth on Twitter with Wing, in which she gave short, vague replies claiming to have seen Caleb Sturgis’ toxicology reports.

Now she’s attacking the kratom movement itself. In her latest Prohibition report, “Kratom is linked with numerous deaths. But it won’t be easy for Pennsylvania to ban it.” Schaefer once again circles back to the foregone conclusion that kratom is evil, this time by painting a picture of a murky organization trying to dupe a bunch of fools into poisoning themselves with the devil’s tea.

Here are some direct quotes from her recent anti-kratom editorial.

Centre County State Rep. Scott Conklin was surprised how quickly a lobbyist from the American Kratom Association flew across the country to meet with him after he announced in April that he wanted to ban the unregulated herbal product that has been linked to numerous deaths.

Context: Conklin announced his intention to introduce a bill to ban kratom via a memo released on April 10, 2019. Mac Haddow, the AKA lobbyist, is from Virginia, so he didn’t fly “across the country”. Haddow met with Conklin in Harrisburg the week of June 7, 2019, about two months after Conklin’s “ban kratom” memo.

The pressure didn’t stop there.

“I was inundated with kratom users,” Conklin said. There were well over 100 emails and phone calls. “Almost all of them were from out of my district and they were from all over the country.”

Conklin’s experience is not unusual.

The debate over whether kratom is a deadly drug to regulate closely or health-giving supplement to market widely is playing out in statehouses, at news conferences, and in traditional and social media as supporters of the product wield their carefully honed lobbying skills against those seeking to ban it.

Context: I guess being an active citizen in a democracy is now known as wielding “carefully honed lobbying skills”. The only person in the entire kratom community as far as I know who has “carefully honed lobbying skills” is Mac Haddow. The rest of the kratom community are average citizens going through the nerve-wracking experience of standing up and speaking at news conferences and statehouses, begging their representatives to please refrain from throwing them in a cage for making choices about their personal wellness. Organizing around issues, contacting representatives, participating in town hall meetings, and employing lobbyists are effective ways to get legislation passed. This is old school civic participation which used to be a normal part of American life and not treated like a freak event by a reporter with an ax to grind.

“The trouble with kratom is that it is so unknown,” said Roseann B. Termini, a professor at Widener University School of Law who specializes in food and drug law.

Since the federal Dietary Supplement Health and Education Act was enacted in 1993, the number of products on the market has swelled from a few thousand to more than 75,000. Americans spend billions on over-the-counter supplements that may or may not be safe or effective. Congress has failed to pass laws that would adequately protect consumers, she said.

As for kratom: “Is this product masquerading as a dietary supplement when it is a drug?” said Termini. “I think that is a possibility.”

Context: Schaefer is right. Congress has thus far failed to pass the Kratom Consumer Protection Act. Once we hone our sinister lobbying skills we can possibly get that accomplished.

“I don’t know” is a perfectly legitimate answer to a question about kratom posed to someone who doesn’t study kratom. Forget sending an email to the University of Florida College of Pharmacy. They’ve only been studying kratom since 2004 and had recently received over $6 million in NIDA grants for further research. They might know a thing or two.

Industry groups, most notably the American Kratom Association (AKA), a Virginia-based nonprofit founded in 2014 to promote the product, have lobbied heavily to keep it on store shelves.

The AKA has mobilized volunteer “Kratom Warriors” in several states and municipalities where legislators have proposed bans, instructing the warriors in how to conduct effective letter-writing campaigns and protests.

Context: While I’m sure kratom vendors donate to the AKA, and some participate in their GMP program, the AKA’s mission statement says nothing about about promoting the industry, but protecting the right for American adults to consume kratom. And no mention in the article, of course, that Kratom Warriors are people who have been helped by kratom, and in those letters they’re writing about their own experiences. Drug Warriors, on the other hand, need to do absolutely nothing — the federal government already has their backs and are ready to continue with the decades-long agenda that fails to address drugs intelligently but keeps the profits rolling into the prison and pharmaceutical industries.

The site includes a paper by a psychologist with Pinney Associates, a consulting group noted for helping the tobacco industry formulate “harm reduction” information to make smoking sound safer.

The site, however, is lacking in the kind of peer-reviewed science medical experts say is needed to be confident in the product’s safety and effectiveness.

On AKA’s “Science” page alone, there are over a dozen links to peer reviewed papers published in established scientific journals.

The “paper by a psychologist” is possibly a reference to Pinney Associates’ 126 page report entitled “Assessment of Kratom under the CSA Eight Factors and Scheduling Recommendation”. The 8 factor analysis is the method used under the Controlled Substances Act to determine whether or not a substance should be scheduled. This detailed report includes 9 pages of references including plenty of peer-reviewed studies, and 52 pages of kratom consumer testimonies. Jack Henningfield, we can only assume, is the psychologist Schaefer mentions, but the paper isn’t attributed to him alone

The editorial tactic in referencing Pinney’s work with the tobacco industry is to imply guilt by association. I guess the reader is supposed to assume that since Pinney does work for Reynolds American Inc., therefore they’re in the business of poisoning people with deadly plants. That’s just their niche, I guess. (According to Pinney’s website, they are promoting “over the counter availability” of “nicotine replacement therapies”. It’s horrible when people try to quit smoking without emptying their bank accounts to drug companies).

I spoke before about some journalists possibly being ignorant when it comes to writing about kratom. But this is deliberate, biased reporting by a skilled journalist who knows exactly what she is doing. We will not see a balanced report about kratom coming from the Philadelphia Inquirer.

Sensationalism in Journalism Gets in the Way of Education