Kratom can be habit forming. Multiple studies and first-person consumer testimonials have shown dependence to be a relatively rare, mostly mild, but an unfortunate side effect of kratom. Long-time consumers understand that they can build up a tolerance, and if left unchecked, kratom can become an expensive and sometimes unpleasant habit.

Fortunately, for most consumers, kratom is easily kept under control, and much easier to taper from than opiates, cigarettes, or alcohol.

Most kratom consumers report very mild withdrawals that are nothing like the violent illness that comes from opiate withdrawal, or the delirium tremens reported by some hardcore alcoholics trying to get sober.

Addiction expert Gabor Mate says addiction does not come from a substance, but from the traumatic experiences of the addict:

"Not all addictions are rooted in abuse or trauma, but I do believe they can all be traced to painful experience. A hurt is at the centre of all addictive behaviours. It is present in the gambler, the Internet addict, the compulsive shopper and the workaholic...the effects of early stress or adverse experiences directly shape both the psychology and the neurobiology of addiction in the brain."

Coffee, sugar, alcohol, cigarettes, prescription drugs, video games, and social media can all be habit forming to someone with an addictive personality. However, many former opiate addicts and chronic pain patients who take kratom daily say that while they depend on kratom, not every addiction is as severe or devastating as the next. Even those who consume an excessive amount of kratom are able to function socially, hold a job, and maintain relationships.

However, there are multiple reasons people would want to lower their tolerance or quit using kratom altogether.

How To Know When You're Taking Too Much Kratom
Dealing with Withdrawal, and Tapering Off of Kratom
How to Avoid Building Tolerance in the First Place
The Science on Kratom Dependence

How to Know When You’re Taking Too Much Kratom

Most kratom consumers go through an initial period of finding their dose — enough to feel the beneficial effects, but not too much as to make one nauseous or dizzy. A typical dose might be 3 to 10 grams a day of quality kratom, depending on what it is being used for. Let’s say that you’ve found your dose to be five grams per day, five days per week. Then two months later, you find yourself taking 10 grams/day, every day. Another month goes by and you’re at 20 grams, and even those effects are starting to become dull.

In some cases your supplier might have a weak batch of kratom. But most likely, your tolerance is increasing to the point where kratom is starting to lose its beneficial effects.

“It’s not pleasant, trust me,” one kratom consumer told us. “Basically kratom stops having any effect other than causing nausea/headache. And not having it makes you very restless with restless legs syndrome symptoms. And that would make me very claustrophobic.” 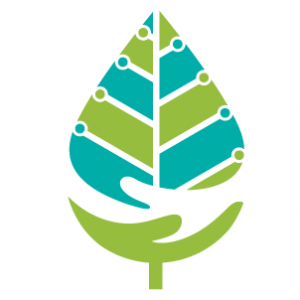 Dealing with Withdrawal, and Tapering Off of Kratom

Though some former opiate addicts are willing to endure the relatively mild symptoms that come with quitting cold turkey, many find tapering from kratom is a better way to lower one’s tolerance or to ease off kratom completely. 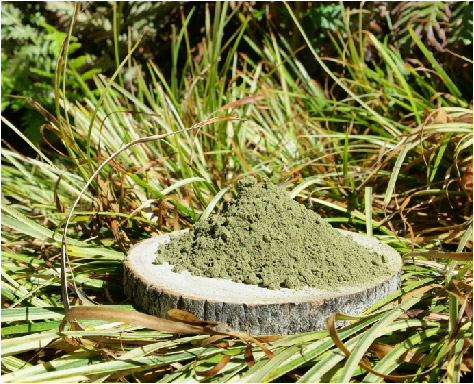 “My preferred tapering schedule is to reduce one gram every two days,” a kratom consumer told us. “It's pretty slow and you definitely don't notice any withdrawal symptoms, even with a high tolerance. Compared to opiate withdrawal, it's nothing. If you don't have that reference, I can definitely say that it's not pleasant. You won't be puking or anything, but you will be incredibly restless. Being warm/hot makes it much worse. I found being cold helped. It's like you can't really get comfortable no matter what. Sleeping is difficult because you can't stay in a position long enough to fall asleep. And then wake up from it. At least that was my experience. Not debilitating. But definitely something you'd want to avoid.”

“It takes a long time to start having withdrawal symptoms. And part of them are mental too. If you can distract yourself/keep busy, you often won't really notice them. But if you're home and kinda bored or just sitting around, they are much worse. I remember the first time I went a few days without it, with a decently sized dose/tolerance. I didn't think anything about withdrawal, and didn't know it was a thing. And I felt....odd .. different.... Maybe a bit uncomfortable? But not anything that would be a big deal at all.”

How to Avoid Building Tolerance in the First Place

Kratom’s effects are milder than opiates or alcohol, and other than in heavy consumers, withdrawals are as mild as missing a daily cup of coffee. If the consumer is determined, he or she should have no trouble maintaining a regular kratom dose that does not exceed what’s needed. Kratom’s effects are stimulating at a low dose, then become more sedating, but at some point they level off. With alcohol and opiates, effects are stronger with a higher dose. With kratom, as many have told KratomScience, “Less is more.”

“I take it almost daily now, as I choose to take it over narcotics and I’m almost 57, so who cares,” user “KD” posted to KratomScience.com. “It kicks my pain in the butt, and I never allow myself to take more than MY standard...AND YES, less is more. I take approximately 7 g. a day, taken in small doses throughout the day... Again, my pain is severe.”

“Withdrawal is nothing like opiates. It's much more mild, but a taper is recommended. Expect a sweaty feeling, muscle aches, some agitation, and even occasional muscle spasms. Some people also report dysphoria and RLS. If you experience any of the more serious symptoms, you are weaning too fast. Just take a little bit of Kratom, a gram or 2, to eradicate the worst symptoms and then continue on with your taper. Best wishes to all, and remember…with Kratom, less is more.”

User “Leafoffaith” posts about getting off Suboxone with heavier doses of kratom, then tapering from the kratom as well:

“You’re probably gonna take more at first, but the reality is less is more with kratom...Take less subs, by taking the kratom. You’re gonna probably need kratom for a while, while you reprogram yourself– but when you’re ready, you can take less and less kratom, till you may only need it when you have a migraine or feel pain. This is what I did. I’ve been off subs for 4 months.”

Drew Turner, a Navy veteran who we interviewed for KratomScience, makes kratom tea from fresh leaf and follows a strict schedule.

“I take a 4 day break every 28 days to let my body process out and rest to some extent...No addiction or withdrawal issues either, my doctors had me take a 14 day break in 2016 just to see what long-term use may be causing for me, and I didn’t then, nor now, run in to any physical dependency. It appears that much of that comes as some [users] increase dosage for extended periods. Luckily I haven’t had to do that and still stick to my one pint of kratom tea in the morning (with an occasional second pint late in the day if I’ve overdone it physically) and each pint is roughly 5 grams of kratom leaf made into a tea.”

The Science on Kratom Dependence 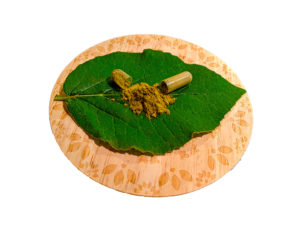 How serious are the abuse and addiction potentials of kratom?

Regular use of kratom, particularly at higher doses, can lead to tolerance and dependence (Galbis-Reig, 2016; Singh et al., 2014; Swogger & Walsh, 2018; Yusoff et al., 2016). However, available human reports suggest that abstinence from kratom is typically associated with milder symptomatology than abstinence from classical opioids (Erowid, 2016; Singh, Narayanan et al., 2018, 2014; Singh et al., 2016). At the same time, although these reports indicate that the effects of kratom can, in some ways, resemble those of opioids, many individuals report that the subjective effects of kratom are quite different from those of opioids.

As noted previously, low to moderate doses of kratom tend to be somewhat stimulating, rather than sedating, and do not produce the “high” or strong euphoric effects associated with opioids, although some users have reported intoxication and euphoria after using higher doses (Erowid, 2016; Singh et al., 2016; speciosa.org, 2016; Swogger et al., 2015; Wisdom, 2016).

This distinct spectrum of effects, including attenuated euphoria and abuse potential, is supported by two recent preclinical studies, which found that mitragynine is not self-administered by rats (Hemby, McIntosh, Leon, Cutler, & McCurdy, 2018; Yue, Kopajtic, & Katz, 2018). Further, even at high doses, kratom does not appear to severely depress respiration as do classical opioids (Singh et al., 2014, 2016).

Thus, even though kratom has some potential for abuse and dependence, several investigators have concluded that kratom has both less abuse liability and much lower risk of fatal overdose than traditional opioids and that the potential benefits of kratom in the treatment of OUD may outweigh these risks (Henningfield et al., 2018; Singh et al., 2014, 2015; Singh et al., 2016; Swogger et al., 2015).

This does not mean that kratom is not sometimes used by people to get high and/or intoxicated because such use has been documented (Swogger et al., 2015). Such findings were also considered by Henningfield et al. (2018), who concluded that the overall assessment of kratom did not warrant it being listed as a controlled substance.

They noted that many substances, including over-the-counter drugs (for cough and cold symptoms) and dietary ingredients, are also sometimes misused and abused for the purposes of causing intoxication and to get high, yet overall, seem appropriately left unscheduled.”