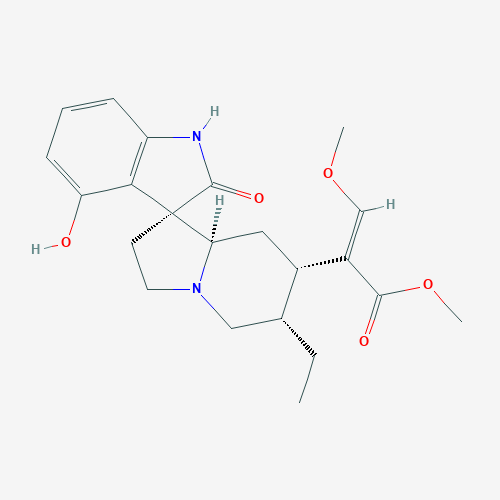 The most studied alkaloids of the 40 identified in kratom are mitragynine (MG) and 7-hydroxymitragynine (7-OH).

Recently, a team of researchers studied speciofoline (C22H28N2O5), a kratom alkaloid present in less than 1% of alkaloids. They found that speciofoline does not bind to mu-opioid receptors (MOR) like MG and 7-OH. They also found unexpectedly that levels of the alkaloid varied among different kratom samples by 90-fold, so much so that they organized samples into “high-speciofoline” and “low-speciofoline” groups. This variability could bring us closer to understanding why different strains of kratom produce slightly different effects.

However, this team who set out to map the chemical composition of kratom was not looking into speciofoline specifically, and called for further research into the effects of the alkaloid.

Smith, Kline and French (later SmithKline Beecham Corporation, now pharma giants GlaxoSmithKline) applied for a patent for speciofoline in 1963, granted in 1967. The inventor is listed as Arnold Heyworth Beckett, a well-known pharmacist and expert in sports doping. (Beckett’s investigations led to athletes being stripped on their prizes after testing positive for performance enhancing drugs. He later went on to advocate for athletes he considered unjustly accused.)

The patent states, “The new crystalline alkaloid of this invention is an orally effective analgetic and antitussive agent as shown by animal experimentation” meaning speciofoline has pain relieving and cough suppressing effects.

For unknown reasons, speciofoline was never developed as a drug, and the patent expired in 1984.

Kratom: Providing Hope Amidst a Pan/Epi-demic