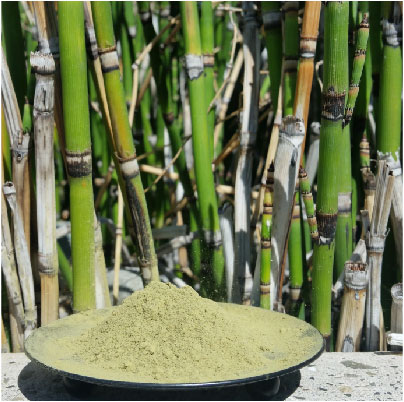 Kratom supplies are being choked off to American consumers by the actions of both the Indonesian government and the FDA under Trump-appointed Commissioner Scott Gottlieb, M.D. Post mid-term election speculation is appearing all over the internet as to whether the DEA will classify kratom as a Schedule 1 substance, or the FDA will continue to choke supplies until every American kratom vendor is run out of business.

On Tuesday morning, Gottlieb, M.D. took to Twitter to remind us of the salmonella outbreak in kratom products last spring. “Users of kratom products are at risk of being exposed to salmonella,” he said. This outbreak has been used to justify making kratom illegal.

Hours later Gottlieb, M.D. was tweeting about an outbreak of e-coli in romaine lettuce.

Will the FDA recommend the DEA to Schedule 1 romaine lettuce? Of course not. Because you can’t make a “Caesar” salad without it. It’s all tied in with the oligarchy! Big Romaine has deep pockets, full of newly printed cash that stays crisp for a lot longer than the cash of other lettuce lobbyists.

What about eggs, the leading cause of salmonella poisoning? Will we see police raids on grocery stores and farmers markets slime the streets with egg smashing at the start of Egg Prohibition? Will the mafia get involved in the underground egg trade? You think a chicken in a big black hat and trench coat driving a Model T Ford with a Gatling gun hanging out the window is funny? It won’t be so funny when it happens on YOUR street!

Shortly after Gottlieb, M.D.’s several tweets about diarrhea-causing bacteria on Tuesday, the American Kratom Association released it’s Good Manufacturing Practice Standards Program, a voluntary safety compliance program for US kratom suppliers. These guidelines could be similar to something the FDA could put in place for kratom to be sold legally for consumption in an imaginary futuristic world where the FDA is directed by a human being and not a business interest.

Outlawing kratom would not eradicate kratom. It would create a black market with no standards whatsoever, literally increasing the risks of adulterated or contaminated kratom entering citizens’ households and bodies. Anyone with rudimentary knowledge of the history of the Drug War understands this. Which is why it’s quite obvious that Gottlieb, M.D., with regard to kratom at least, has no interest in protecting consumers.

Why the anti-kratom agenda? We can only speculate. Perhaps it lies somewhere between Big Pharma business-as-usual and the traditional hysteria that always comes with substances that American society is just learning about. Many politicians are more interested in manufacturing fear and pretending to protect the public rather than actually protecting the public from legitimate dangers.

Fear and uncertainty have historically been used by those in power to control people. Releasing passive aggressive statements and inflating the dangers of kratom, then refusing to meet with the AKA is narcissistic behavior. Behaving ambiguously is a way to keep others worried, anxious, uncertain, and attentive to the narcissist. This is not how an agency of a government of, for, and by the people should work. This is, however, how a government agency works as an extension of powerful interests.

And this is why people should involve themselves as much as possible in civic engagement, to force representation of the people, and stop government from being used as a crowbar in a looting spree.

Gottlieb, M.D. is relying on the opposition to be small and silent. But we refuse to remain silent. We will raise hell until the kratom issue is dealt with reasonably, and with the interests of our community firmly in place.

Uncertainty—that is appropriate for matters of this world. Only regarding the next can we vouchsafe certainty. I believe certainty regarding that which we can see and touch, it is seldom justified, if ever. Down the ages from our remote past, what certainties survive? And yet we hurry to fashion new ones, wanting their comfort.

-from the new Coen Brothers movie, The Ballad of Buster Scruggs

Bill to ban kratom to be considered by Maryland Judiciary Committee