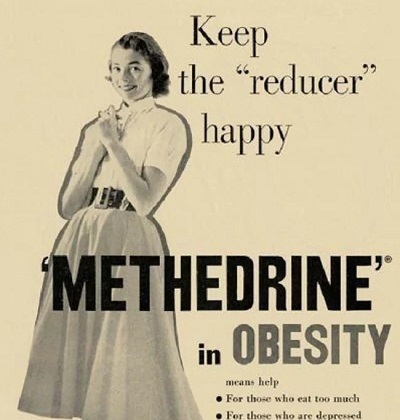 Is kratom a drug, a medicinal herb, a dietary supplement, a “safe food”, a tea? These terms have a whole lot to do with social perception, a little to do with legal issues, and nothing to do with science.

Kratom is a shrub that grows natively in Southeast Asia. Botanically, kratom comes from the Rubiaceae family, the same family as coffee. Kratom’s leaves are most often consumed by eating fresh or dried leaves or brewing the leaves into a tea.

Like coffee, kratom is not a substance that typically leads the people who consume it to become unproductive, unfocused, or socially dysfunctional (Singh 2015). Kratom consumed moderately seems to be no more taxing on the body than coffee. Most people can consume a fair amount of coffee with no ill effects, but for a small percentage of people, coffee and kratom have undesirable health consequences. In fact, kratom’s most active alkaloid, mitragynine, is less toxic than coffee’s main alkaloid, caffeine.

In a recent TV ad campaign, the American Kratom Association (AKA) says kratom is “not a drug” and calls it a “safe food”. There are legal reasons for this terminology, as the AKA is promoting a legal framework to protect the rights of American kratom consumers. If kratom is legally classified as a drug then it must pass through a costly, rigorous, years-long procedure through the Food and Drug Administration in order to be available on the market. This process is only available to large pharmaceutical corporations. This is why the drug Epidiolex costs $13,000 per year per patient with epilepsy, and the product of dubious distinction, CBD, costs one tenth that amount, even though Epidiolex and CBD are the same substance. A food coming from a plant, like coffee or tea, would not have to endure rigorous regulatory processes in order to be sold.

Outside of the legal world, a public consensus about “drugs” vs. “medicine” and the concept of “nonmedical” or “recreational” vs. “medicinal” was manufactured by decades of blatant and sometimes comical propaganda. The first director of the Federal Bureau of Narcotics, Harry Anslinger, was an outspoken racist who called jazz music “Satanic” and said, “This marijuana causes white women to seek sexual relations with Negroes, entertainers, and others” (Soloman 2020). Selective moralism condemning “drug abuse” for “pleasure” or “getting high” grew like a cancer alongside Prohibition and the War on Drugs. John Erlichmann, a policy advisor to President Richard Nixon, admitted the policy of the godfathers of the War on Drugs had nothing to do with public health and everything to do with circumventing the First Amendment to silence disagreeable citizens:

“The Nixon campaign in 1968, and the Nixon White House after that, had two enemies: the antiwar left and black people. You understand what I’m saying? We knew we couldn’t make it illegal to be either against the war or black, but by getting the public to associate the hippies with marijuana and blacks with heroin, and then criminalizing both heavily, we could disrupt those communities. We could arrest their leaders, raid their homes, break up their meetings, and vilify them night after night on the evening news. Did we know we were lying about the drugs? Of course we did. (Baum 2016).

The common phrase “Drugs and Alcohol” illustrates the underlying hypocrisy. Despite the fact that alcohol is more damaging than many substances considered “drugs”, it’s put into another category, simply because alcohol was accepted by the controlling forces. It is generally accepted that alcohol should remain legal, since most people can enjoy a few drinks responsibly without becoming an alcoholic.. That’s also true for every other drug. The vast majority of people who try any substance, legal or illegal, organic or synthetic, accepted or demonized, do not become addicted.

“Drugs” became something brewed up in dirty huts by foreign “cartels” sold by “drug dealers” to an “addict” who buys it on “the street”. “Medicine” is manufactured in a sterile laboratory by the “pharmaceutical industry”, prescribed by “doctors” to a “patient” who picks up his prescription at a “pharmacy”.

One market for these substances is unacceptable, dirty, illegal, and morally reprehensible. The acceptable, clean, legal, and morally sound market for the same or similar substances is what historian Daniel Herzeberg describes as “white markets”. In the 2000s, a thriving white market for opioid pain killers enabled “pill mills” and doctors willing to prescribe enough legal heroin to kill every American citizen. This form of legal drug dealing has precedent in the 1950s, when “enough sedatives and stimulants were being sold to provide over fifty doses annually to every man, woman, and child in the United States” and “pharmaceutical use to have been rife with behavior that, in other circumstances, would have been called ‘drug dealing’ and ‘drug addiction’.” In this context, white, middle class people were more likely to be seen as patients, where as poor whites and people of color were rarely prescribed these pills as they were more likely to be seen as drug addicts (Herzeberg 2017). Health insurance, doctor fees and expensive FDA-approved medicines cost far more than a direct purchase of the same substance known as drtugs on the “black market”.

In some states today, the market for legal cannabis could be classified as one of Herzeberg’s “white markets”. Hemp (cannabis with less than 0.3% Delta-9 THC) is federally legal, so epileptics can purchase CBD instead of white market, $13,000/yr Epidiolex. In Pennsylvania a “Medical Marijuana” card costs $250 ($200 for a doctor’s prescription, and $50 to the state for an official card). The cheapest price I’ve seen for flower cannabis is $80 for a quarter ounce. Consumers can purchase cannabis in the black market for much less. The act of going legal and the cannabis itself is cost prohibitive for low-income consumers.

Some observers say that kratom is now in a legal “gray area”. Kratom is legal but so unregulated that anything can be sold as kratom.

A sane legal approach would be to make kratom available with rational restrictions to provide for the safety of consumers such as testing and labeling requirements. The FDA regulates coffee as a food, restricts the amount of caffeine allowed in certain products, and requires products containing caffeine to be labelled as such. Since caffeine is nearly twice as toxic as mitragynine, kratom’s main alkaloid, a rational approach would be to apply the same regulatory framework to kratom that’s applied to coffee.

Whether kratom is regarded as a drug, a tea, a food, or an herbal supplement shouldn’t matter to one looking at the issue with a rational perspective, considering the social history of substance prohibition, and of course, following the science.