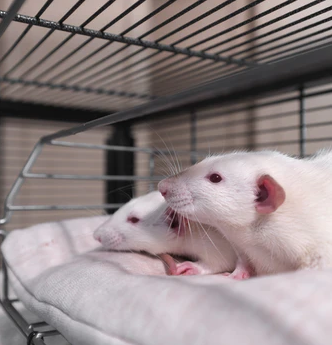 Three groups consisting of 8-10 rats were utilized. One group was given morphine, one 98% pure mitragynine, and a control group. Both the morphine rats and MG rats were administered their respective substances every 12 hours in escalating doses. After two weeks, the rats were then taken off the substances to assess withdrawal symptoms for physiological dependence. They did this by studying the rats’ “food-reinforced schedule-controlled behavior” which examines response rates of rats trained to hit a lever for food before, during, and after drug administration.

After a “washout” period of two more weeks, the administration of morphine and MG was repeated in the two groups. But this time, instead of quitting cold turkey, the rats were given naloxone (Narcan), a drug used in humans to treat opioid overdose. Another two week washout period followed, then two more weeks of mitragynine and morphine. At this point the rats were given rimonabant instead of naloxone, which acts on the cannabinoid receptor CB-1 as an inverse agonist (it binds to the receptor but creates the opposite effect). The results of the rimonabant administration led the scientists to conclude:

Although more work is needed, these data suggest that cannabinoid receptors may be involved in the development of MG physiological dependence and, therefore, may represent the neurochemical basis for MG or kratom…abuse and dependence liabilities.

..which is very interesting and I’d love to see further work on this in the future.

During administration, the MG rats’ response rate (number of times they pressed levers for food) was slightly lower than the control group but at insignificant amounts, no matter how much the dose increased.

During the withdrawal periods, the MG rats had an insignificant reduction in response rate for the first 12 hours, followed by a response rate similar to the control group. Similarly to the above, the morphine rats’ response rates plummeted after cessation of the morphine, and took longer to return to control-group levels.

Experiment 2: What works better for morphine withdrawal? Mitragynine or buprenorphine?

Mitragynine significantly increased response-rates. With buprenorphine, the response rate peaked at 0.3 mg/kg, then decreased when the dose was upped to 1.0 mg/kg thus demonstrating “the superiority of MG in relation to buprenorphine as potential pharmacotherapy for opioid use disorder (OUD).”

Does this study “prove” that kratom does not cause physiological dependence?

Conclusion: The findings suggest that MG does not induce physiological dependence but can alleviate the physical symptoms associated with morphine withdrawal which represent the desired characteristics of novel pharmacotherapeutic interventions for managing opioid use disorder (OUD).

Like cannabis consumed in plant form is not pure THC, kratom is not pure mitragynine. Cannabis is made up of many cannabinoids, including THC and CBD. Kratom is made up of many alkaloids, the second most active being 7-hydroxomitragynine. In both cannabis and kratom, we’re learning that the composition of a plant’s compounds and how those various compounds interact produce different effects than an isolated cannabinoid or alkaloid.

Also noted in the study, method of administration is also a factor. Humans consume kratom orally. Rats were given intraperitoneal injections (into the abdominal lining) of pure mitragynine.

This difference in route of administration would yield different rates of onset of drug effect, drug levels, duration of effect and metabolism.

The study estimates that humans consume about 1 -5 mg/kg of mitragynine when they consume kratom, depending on the dose and the level of mitragynine found in the leaves. Rats in this study at times were administered higher amounts of mitragynine (1-50 mg/kg) than the average human dose. (The study interestingly notes that a MG dose “as high as 806 mg/kg failed to produce any toxic effects in rats”.)

Therefore, we have to consider the above factors before we jump to the conclusion that kratom does not induce physiological dependence, even though this study observed that pure mitragynine did not in the group of rats who received it. We’ve seen evidence to suggest that higher levels of the alkaloid 7-hydroxomitragynine in kratom might produce higher levels of both opioid-like effects and dependence, but at the levels typically found in the plant naturally. This is also noted in the Discussion section of this article.

The study concludes “Interestingly, this study did not find any marked disruption of operant performance when MG was discontinued, from which the inability of MG to induce spontaneous withdrawal in rats can be inferred. However, this finding needs confirmation from other behavioural models of dependence.”

Is this a “positive” kratom study? No, it’s a scientific kratom study. And headlines with phrases like “study proves” or “study disproves” are red flags for bad articles beneath them. A scientific fact never comes from a single article no matter the extent to which the article confirms our personal biases. This is a game proponents and opponents of kratom like to play in the political field, using science as the ball, and it distracts from the point of science: to examine, to question and to learn.

Is Kratom a Drug?