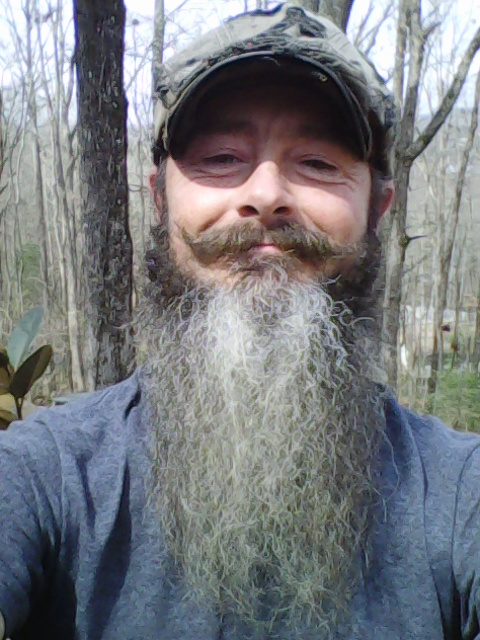 KS: Why did you start using it? Did it help you get off opiates or other drugs?

JT:  I started using kratom for pain and the depression that came with it. Alcohol was my biggest problem but I would sometimes resort to any pill that I could get my hands on. I was a heavy drinker for about 20 years. I’m willing to admit now that it definitely was a problem. I lost out on many great opportunities because of my addiction. After about a month of kratom, I had lost all desire for alcohol and any other substances, ending a 20 year battle with addiction.

KS: As for getting off alcohol, did you start on kratom while you were drinking, or did you quit drinking first before kratom, and then use kratom to combat cravings? (Note: If you are a heavy, daily drinker and want to quit, please first read about the possible dangers of alcohol withdrawal and consider your options. This is one man’s experience and is obviously not intended as a prescription for everyone.)

JT: After about a month of using kratom, I noticed that I was slowly losing my taste for alcohol. I would still come home from work and, out of habit, grab a beer from the fridge but It seemed, each night, I’d drink less and less until I was pouring out full beers hours later. I just lost all desire for alcohol and any other substances. It was totally unexpected and unintentional. I never thought I’d be the type of person to turn down a Jack and coke or a pain pill. It just happened. I can’t stand the taste of it now and I enjoy my new sober mental state too much to take any other drugs.

KS: In general what would be your advice for someone who wants to stop drinking with kratom?

JT:    My advice for someone using kratom to stop drinking is, you have to want to quit in the first place. It’s the physical habit of grabbing a beer or going out to the bar that’s going to hold you back. The first few bbq’s, camping trips and/or vacations aren’t going to be the same until you learn that you can actually enjoy them while you’re sober. It felt great to have the ability to turn down drinks in front of people that have seen me in my worst times.

KS: Before you had kratom, did you ever try to stop drinking, and what was that like?

JT:   I had tried many times to stop drinking in the past, unsuccessfully. I would feel restless and depressed. All day the only thing I could do was think about drinking. I thought I’d never feel happiness again. I’ve lived by myself for the most part and the majority of people that I surrounded myself with were drinkers and other drug users so I never really had any help to push through the cravings without caving in.

KS: We know kratom was traditionally used by laborers in Southeast Asia. How specifically does kratom aid in physical labor? Is it mostly for aches and pains? Does it aid in sleep?

JT:  Because of kratom, I am now back to running circles around guys half my age. It helps me deal with the pain from years of strenuous labor. Before kratom, I could feel damaged joints, sprained tendons and overworked muscles every step I took. Kratom helps me stay motivated and carry on with a can do attitude. I no longer get down on myself with stress and depression.

KS: What are your preferred strains, dosage, and preparation method?

JT: I am self employed and often have to push my physical limits so I prefer a good energizing green strain like Green Malay with a little White Sumatra mixed in. I let about 6-7 grams sit in water for a couple of minutes then take it like a shot.

JT: As for side effects, I noticed a little constipation in the first month or two but have found that by increasing my water intake, I no longer have that issue.

KS: And what would you say to someone who says kratom is just replacing one addiction with another?

JT: As for those that say kratom is just another addiction, I don’t crave kratom when I don’t have it. I even take voluntary breaks for days at a time all while having plenty on hand. I don’t get urges to rob my neighbor or irresponsibly spend all of my money just to get a fix when I’m out. Yes, I did swap one substance for another but this one substance is far more healthier and beneficial for my overall well being than any of the other many substances that threatened my life, marriage, family, jobs……. I find it funny that the general public will openly chuckle at a quote like, “I’ll kill you if I don’t have my coffee” but consider something as mild as kratom to be another type of bath salt. The number one question a non kratom user must ask is, in what direction has a person’s life gone since starting kratom? The evidence speaks for itself.

KS: If kratom were to be banned, or the supply cut off, what would your life be life? Do you think you would go back to past addictions?

JT:  If kratom were banned, I know I would risk becoming a criminal by continuing to use it for as long as I could. I do fear that I would go back to using alcohol and drugs, either prescribed or illicit, because my pains will be with me until my dying days.

KS: Are you involved in any activism around kratom and legality, etc?

JT: About a year after starting kratom, I realized how much it has helped me improve my life so I started my own kratom support group, Appalachian Botanicals. I do my best to keep everyone up to date on all kratom related news, info and legal matters. I donate when I can to the AKA and also Greener Pastures recovery center (they provide plant assisted therapy using kratom, marijuana and other botanicals). I’ve helped turn other people onto kratom and encourage them to join in on educating our lawmakers and others who may benefit from this life saving plant. I am also registered for AKA’s legislative day on the 19th to speak with my district’s representative.

I can’t praise kratom enough. I truly believe that I wouldn’t be here today without it. Kratom found me right when I needed it the most. After years of military, commercial fishing, warehouse work and construction, my body was in bad shape. The inability to work from the pains had put a strain on finances, leading to marital issues, stress, depression, anxiety and even suicidal thoughts. Now, because of kratom, I have regained my love for life, I’m back to working at my normal speed and my wife got back the husband that she married and deserves. I haven’t been this happy, healthy or sober since I was a teen.