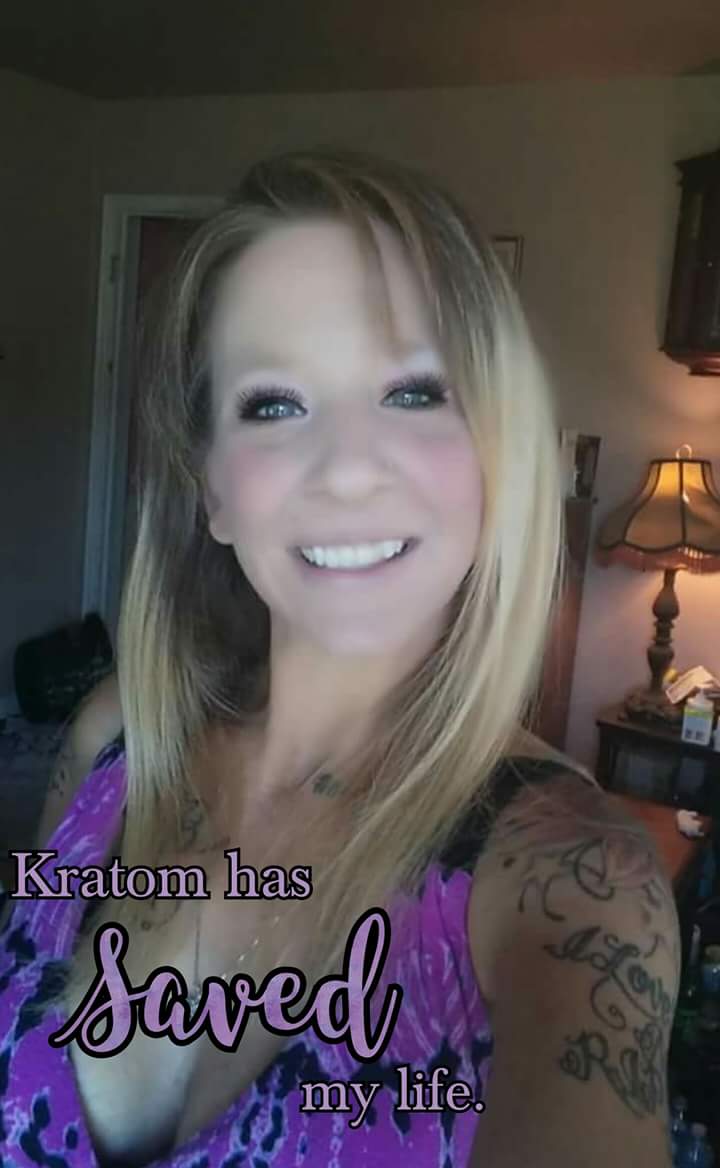 Calista from Ohio is a stay-at-home mom of two boys and volunteer who credits kratom for saving her life. In 2017 she began to utilize kratom as a tool in the process of getting off and staying clean of opiates


Calista lives in a battleground state. On Monday, October 1st, the Ohio Board of Pharmacy recommended that kratom, as well as CBD, be classified as a Schedule I drug, as illegal as heroin and cocaine.  This prompted a call-to-action from the American Kratom Association, urging citizens from Ohio and elsewhere to email the Ohio Board of Pharmacy during an ongoing comment period, which ends Thursday, October 18.

Calista was one of the many whose long road of heroin addiction and recovery began with a legal prescription from her doctor. She went from pills to heroin, then was treated for heroin addiction with Suboxone. Suboxone contains buprenorphine which is an opiate agonist, and naloxone, an opiate antagonist that blocks the pain relief and the well-being effects. However, Suboxone itself is an addictive drug, and is sold in Ohio through cash-only “pill mills”, a business model that contributed to the modern opiate addiction epidemic in the first place.

From a Columbus Dispatch report:

Used properly as part of a comprehensive recovery program, Suboxone can help drug users get off of heroin or opioid painkillers without the excruciating effects of withdrawal. Those who sell or buy it on the street, however, might take it only sporadically, to supplement or substitute for heroin and stave off being “dope sick.”

Burt Dhira, CEO of central Ohio’s Phoenix Recovery Center, said the cash practice represents “the worst concern I have right now. It’s ruining patient care more than anybody knows. The only person who benefits is the owner.”

KratomScience.com: Were you prescribed opiates before you started using heroin?

Calista: Yes. I had gotten prescribed them when I got my wisdom teeth out. It got bad after that. I also then was prescribed tramadol which is just as bad….the withdrawal is horrible. It started me back on heroin because they just cut me off.

My downfall was trying the opiates. It all went down hill from there. I was immediately mentally addicted. It numbed my (mental) pain and made me feel “normal” for a little while at least.

KS: Why did you start using kratom and how long have you been using it?

Calista: I was looking for a natural way to get off Suboxone, because even though I was clean from heroin it was just another addiction to me. Stuck going to doctors, paying a lot of money, worrying if I was going to run out and go through bad withdrawals. Also a lot of adverse side effects from Suboxone, and my doctor basically wanted me on it forever. So I did a lot of research and everything pointed to Kratom to help me get off of it because I knew I could not do it cold turkey. In 17 years I never could cold-turkey heroin or Suboxone. I joined the Kratom recovery group in August 2017 and have been taking it ever since. I used it to taper and then jumped from subs, Oct 26 2017. On top of getting off heroin, and staying off, I have gotten off 6 different psych meds.

KS: What kratom strains, dosage, and methods of preparation do you use?

Calista: I prefer greens the most, but I mix a lot. My favorite greens are green dragon, green elephant and green sunda. They give amazing moodlift. I do 2 tsps 3-4 times a day. Sometimes white and green, or green, red, and white. I love blending. I take my kratom doing toss-and-wash. It’s easiest for me because I’m always on the go

Calista: Only side effect I’ve had is if I go 8+ hours without dosing I get unmotivated and my pain comes back. But that was my normal before starting kratom.

KS: You are from Ohio, where the Ohio Board of Pharmacy recommended a ban on kratom. What will your life be like if you don’t have access to kratom?

Calista: I am scared to think about it honestly. I never thought I’d get away from the hell of heroin addiction and I do not want to go back on 6 different meds just to feel ok. My quality of life would go down extremely. I’m diagnosed with depression, anxiety, PTSD and I have bad night terrors and panic attacks. My life has been 100% better since Kratom was introduced into my life. I have motivation, I’m a great mom, I volunteer to help others…..I’m just an all around better person today. I’m not a drain on this society anymore.

KS: The Ohio Substance Abuse Monitoring Network recently released a report that said this about kratom: It “produces a heroin-like high”, “the drug looks similar to brown powdered heroin” and “the most common route of administration for kratom is intravenous injection (aka ‘shooting’)” — Is any of this anywhere close to the truth?

Calista: Kratom does not give you anything like a heroin-like high at all. It is a sense of well-being and motivation. It does not numb your whole body and mind like heroin. I did heroin for 17 years and can tell you it looks nothing like heroin and does not taste anything like heroin. Sorry, I had to laugh.. hearing of someone saying that you could shoot kratom is crazy. I don’t know how anybody would or why they would even try to shoot it.

KS: What would you say to someone who thinks kratom is as dangerous as heroin and should be banned?

Calista: I would tell them to look at the millions of people that Kratom has helped (like me) and the actual science behind kratom that will show you the truth it is save so many lives where as heroin has destroyed millions and millions. If it is banned, many more lives will be destroyed and our safe alternative, our way to be free of the pain, will be gone.