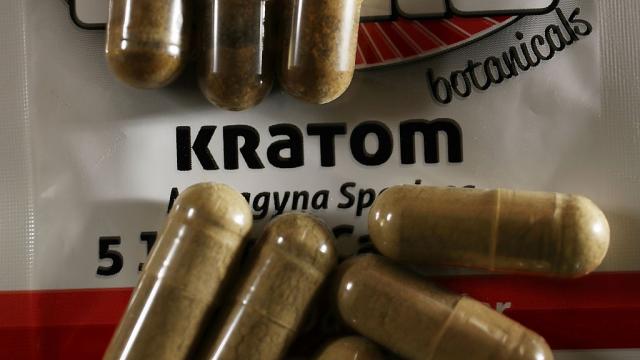 In light of these developments, researchers and advocates of the botanical Kratom were hopeful for increased support for the study of the herb as a new treatment for opioid withdrawal symptoms, acute and chronic pain, and a range of mood disorders.

Instead the FDA has spoken out against Kratom, ignoring a history of safe use and existing research. By overstating safety concerns, the FDA has dismissed any possibility that Kratom might have benefits.

Advocacy groups and researchers who have studied Kratom for years argue that this is not the time to be closing the door on any possible new treatments or preventions. With daily fatalities due to opioids exceeding those from automobile accidents, it is clear that new approaches and solutions to the opioid epidemic are needed.

Instead, the FDA recommendation to the Drug Enforcement Agency (DEA) to schedule (as in, effectively ban) Kratom and its alkaloids threatens fledgling efforts by researchers to investigate the alkaloids as potential new pain treatments, would hinder scientific advances as well as crucial preclinical and clinical studies.

Given that surveys suggest millions of Kratom users purchase products in the U.S. as a preferred therapy for a variety of disorders including as a path and maintenance strategy away from opioids, banning lawful sale will put many at risk of resuming licit or illicit opioid use.

In February 2018, the FDA commissioner released a statement declaring products derived from the leaves of the Southeast Asian tree Mitragyna speciosa (Kratom) and its alkaloids mitragynine and 7-hydroxymitragynine as opioids similar to morphine and heroin.

The justification was primarily based on a computer model, the Public Health Assessment via Structure Elucidation (PHASE), which is a “novel” approach with little application and no validation data published.

In the case of Kratom, the FDA appears to be lacking transparency, with Commissioner Scott Gottlieb publicly attributing “scores of deaths” to Kratom consumption. In reality, FDA has identified 44 case reports worldwide over more than a decade; all but one involved consumption of other drugs or substances that can be causative in a fatality.

These “findings” make it unclear if Kratom is responsible for even just that one death, much less any other. To get some perspective, compare that one case over more than a decade to the 115 deaths each day in the U.S. from opioid overdoses.

So what do we know about Kratom?

Of note, none of the 44 deaths that involved Kratom were from respiratory failure and there has been no observation in the literature that Kratom users experienced respiratory depression.

Surveys and observational studies have indicated the majority of Kratom users in the U.S. use the powdered leaves for alleviation of mild to moderate acute or chronic pain as well as for an emotional or mental condition.

A smaller number of users indicated that they consume Kratom to mitigate withdrawal symptoms from illicit or prescription drug dependence. The fact that doses used between these different indications did not differ suggests a low likelihood for dependence development.

Nonetheless, the FDA issued an import alert, based on the assertion that Kratom is dangerous, thus permitting automatic detention of Kratom materials without physical examination.

The alert has resulted in several imports of Kratom products being seized at ports and has forced many consumers to obtain products through internet distributors that may be located outside the country.

The recent salmonella contamination of Kratom products highlights the risks associated with inconsistent enforcement of the mandatory 2007 Current Good Manufacturing Practice (CGMP) rule for dietary supplements by the FDA.

The import alert combined with a failure to treat Kratom leaves as a dietary supplement and enforce CGMP regulations has forced Kratom products into an underground, grey market that permits adulterated and substandard products to flourish while driving legitimate products out of the marketplace.

The FDA should consider that Kratom fits right into the current push in Washington to allow for creative approaches for treatment of pain and opioid addiction. As current research and epidemiological studies indicate, Kratom use in the U.S. is on the rise.

It is in the interest of public health to take an approach to regulating Kratom products that permits ongoing access to Kratom but with oversight as is provided for other dietary supplements. The FDA has the ability to enforce appropriate quality controls for Kratom, ensuring consumers have access to products manufactured properly, rather than scheduling Kratom and forcing consumers to unregulated, illicit markets.