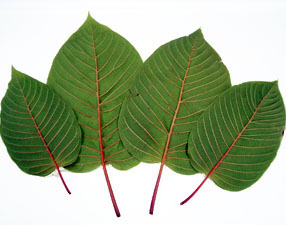 U.S. Marshals on Thursday seized more than 25,000 pounds of raw kratom material, a botanical the government associates with hallucinations, sleeplessness, tremors and other adverse health effects.

Approximately 500 cartons of kratom, worth more than $5 million, were seized from Rosefield Management, Inc. in Van Nuys, California after the product was imported from C.V. Bali Herbal of Indonesia, FDA announced in a news release.

The botanical, which grows in Thailand, Malaysia, Indonesia and Papua New Guinea, was seized seven months after FDA issued an import alert, notifying personnel that they could detain certain kratom products without physical inspection because the agency determined kratom was a new dietary ingredient that posed adverse health effects.

The import alert riled some American consumers of kratom, which has been credited with helping addicts quit hardcore drugs such as heroine. Kratom contains alkaloids that feature pharmacological effects similar to morphine and other opiates, FDA said in the news release.

Rosefield distributed the kratom after it was instructed to do so by Wholesale Shamanic Herbs, according to the news release.

FDA said the company promoted the botanical “on its website with claims that the product is intended for use in the diagnosis, cure, mitigation, treatment or prevention of disease.” In a lawsuit filed in the U.S. District Court for the Central District of California, FDA contends kratom is an unapproved new drug and a misbranded drug under the Federal Food, Drug, and Cosmetic Act.

Wholesale Shamanic Herbs did not immediately respond Thursday to a request for comment.

“We have identified kratom as a botanical substance that poses a risk to public health and has the potential for abuse,” said Melinda Plaisier, the FDA’s associate commissioner for regulatory affairs, in a statement. “This action was taken to safeguard the public from this dangerous product, and FDA will continue to take aggressive enforcement actions against products that are promoted for uses that are unapproved.”